So, yesterday, against my better judgement, I used a cleanser on my MAC 210 Precise Liner Brush that was probably too harsh.  I wanted to get out dried gel liner, so I used a cleanser I usually only use on synthetic brushes for really tough to get out emollient products (this is a natural hair brush).  Anyway, when I woke up today after letting it dry overnight, it was splayed all over the place and I was mad as hell, since this brush is new and I probably should have known better.  Anyway, I have used a method in the past for reshaping brushes with boiling water, so I thought I would give it a shot before giving up on a new brush.

I took an old beat up coffee cup (nice spoon marks there) and boiled water in the microwave.  I dipped the brush tip in for a few seconds… 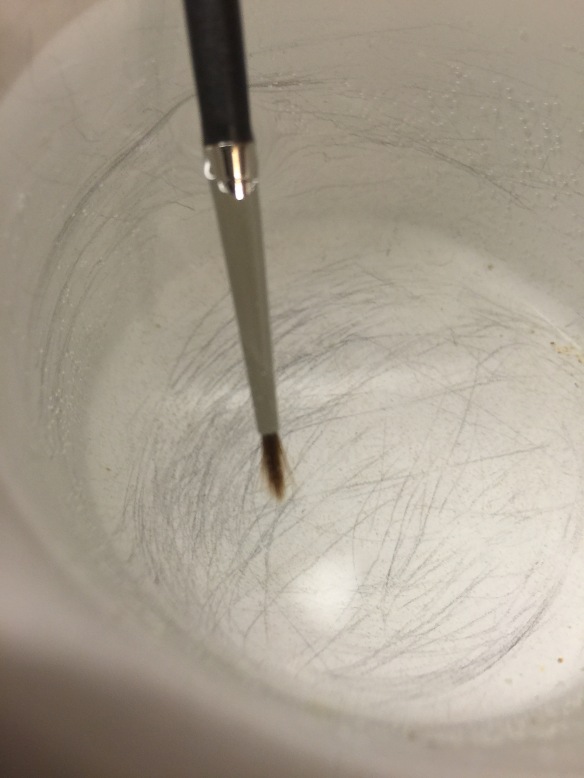 Lifted the brush out, let it cool a couple seconds so as not to burn the crap out of myself, and re-shaped the brush tip with my fingertips.  DONE.

It’s really that easy!  I’ve done this with the MAC 242 synthetic eyeshadow brush before too, I just made sure not to leave it in long enough to melt the bristles.  It works pretty well, if your brush is in a salvageable state.  Of course, sometimes you have to know when to let one go, LOL!

FYI, you can do this with artist’s paint brushes, too!

Hope this helps someone!